WARNING: This article contains offensive black caricatures used for historical purposes. However, these depictions were done at a time when they were commonplace in the Arts and thus should not be ignored, nor the artists behind them demonized. The author, however, refuses to approve any racial intolerance, and does not do this to offend any African-Americans but strictly for educational purposes. Thank you.

The Censored Eleven are common cartoon knowledge, but its doubtful many know about four MGM cartoons that Turner Entertainment refuses to put on Home Video, but can be easily found. I of course am not a fan of censoring or "canceling", but there isn't much that can be done to get these out. I'll try to discuss them in order of release. So here we go! 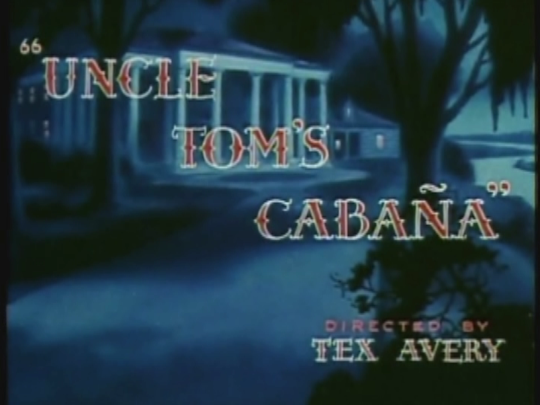 First up is Uncle Tom's Cabaña from 1947, and in terms of quality this one is the best of the four. The reason for that is because it was directed by comedy master Tex Avery, my favorite animation director.

In fact, the racial content is barely even there. Any sort of burlesquing of Uncle Tom's Cabin is actually completely irrelevant. There's no mention of slavery and it even isn't in the antebellum South, instead an urban, empty New York. Uncle Tom himself is only a stereotype in that he is depicted in a grotesque way, but he either neither slow nor stupid (in fact he's shrewd and conniving). Joe Adamson in his book Tex Avery: King of Cartoons says its more "a caricature of a caricature", which is very accurate. It's as if Tex is poking fun at conventional stereotypes. Not intentionally, because it's doubtful that Tex was thinking in ironic or subliminal terms, but it is sure interesting. 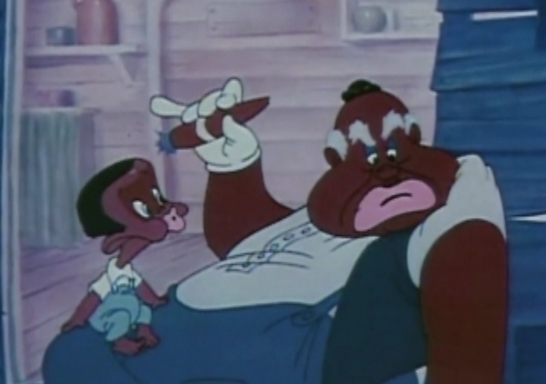 The reason the cartoon is so funny is that it is Avery's stylized surrealism at its oddest. For example, when the Purest-of-all-Evil-Lucifer-himself Simon Legree walks across his office, his body scrunches up to his head, turning him into a dwarf: 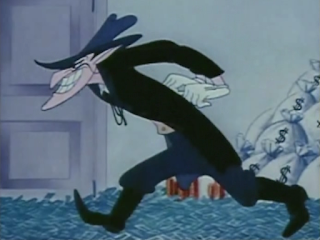 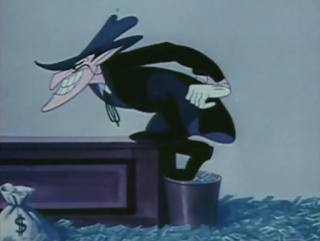 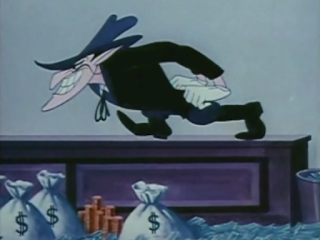 But that's not it. Any other director, like Bob Clampett, would depict giant crowds showing up somewhere as rubber cars flying into place. For Tex, it's simple: they pop from nowhere, like safes and pianos on a bulldog.

This little gem also has Red in it as the Southern Belle Little Eva, with a great big penthouse ("that ain't all she got neither"). So as ordered Tex depicts arousal in the most bizarre ways he can. Red usually does a nightclub performance, but in this one it's just a song about-where else-the sacred dirt of "Old Virginny", as sure's you bone! 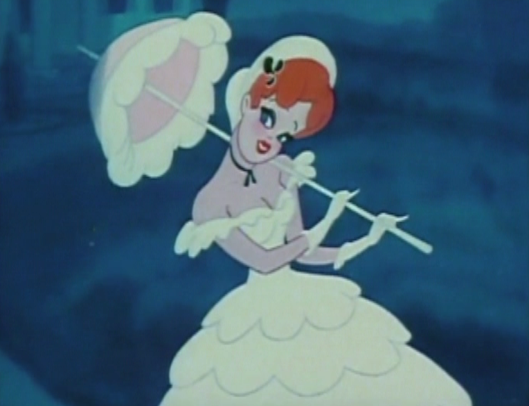 Simon Legree then sits at a table and, distracted by Red's hotness, devours a salt shaker (while "salting" it with celery), smokes his own nose, eats his own hands (with mustard and bread, mind you), and swallows a piece of the table as pie. All of this is animated by Walter Clinton in his usual distorted, sick way.

Th ending is hysterical. I won't share any spoilers (because watching it is more rewarding), but it is Tex doing his famous "take something and top it over and over like no tomorrow" in the craziest manner possible. 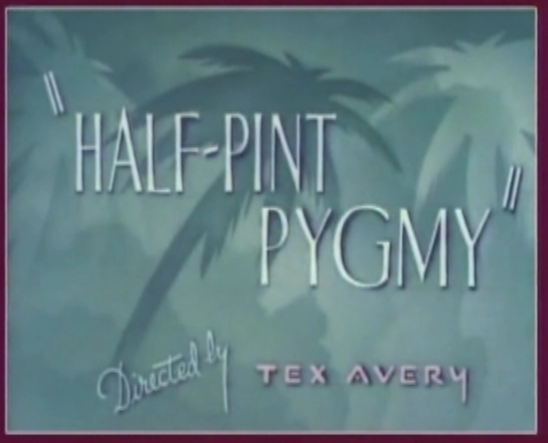 The next cartoon, released in 1948, is not-so-funny, again directed by Tex Avery. It has his least-known "stars" George and Junior, this time in an attempted" "comeback (whether Tex wanted this or not is unknown, considering how many stories there are of him being "forced" to do something. I guess being both popular and second-favorite had its price at MGM). Those two were never favorites of mine, because every joke is Junior screwing up, which makes you wonder why George keeps him around.

The premise is simple: George and Junior read in the newspaper (the California Sun: "Comes Out Once A Year") that $10,000 will be given to anybody who finds "the world's smallest pygmy". It is made up of mostly gags about pygmies, either being short, or being black. "The watermelon trap" is the hardest and most uncomfortable joke to watch (not one of the Censored Eleven has a joke like that!). And most of the rest of it is, expectedly, unfunny, then or today. 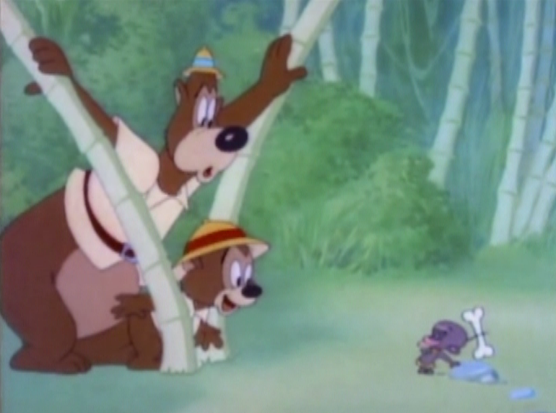 But there are some pluses to the cartoon. George and Junior finally have appealing design (before they looked the same and had long snouts). This is most likely because Disney animator Louie Schmitt was drawing the layouts for Tex in the late Forties, and as much as non-Tex drawings in his cartoons has limits, for once here it pays off (the kitten in Bad Luck Blackie notwithstanding).

What jokes are not insensitive are not as funny as Tex's other masterpieces, but are full of weirdness I will not attempt to explain. 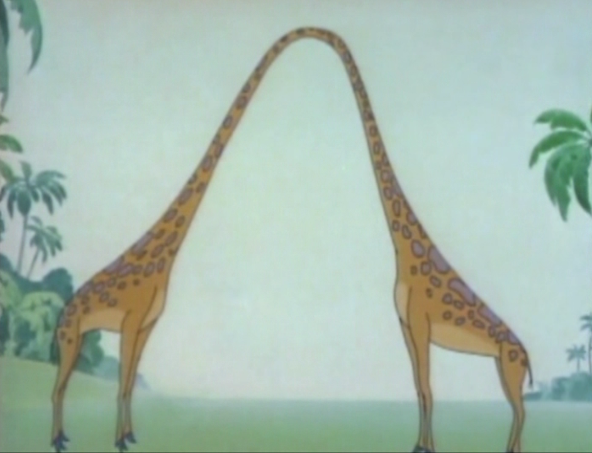 I also would not take directions from this guy: 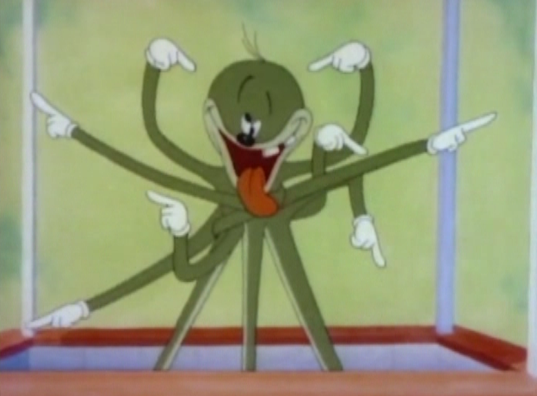 You know that gag there reminded me of Porky in Wackyland; in fact, a lot of this cartoon takes from Porky in Wackyland. It makes me wonder: Wackyland was not prominent at that time, and was noticed later in the century, so why would Tex rip it off (one of Tex's hysterical classics is The Cat Who Hated People, which is basically a Wackyland remake)? Bob Clampett has a large history of stealing from Tex (Meet John Doughboy has got to be the most painfully unfunny spot-gag 'toon ever), as well as stealing ideas or credit for them. Did Tex come up with Wackyland and Bob take it? Who knows...

(Addendum: After writing this I watched an Oswald the Lucky Rabbit cartoon called Mars, that was apparently the precursor to the "weird foreign setting" films. Tex was also an animator of that short. Therefore, it passed from Bill Nolan to Tex to Bob.) 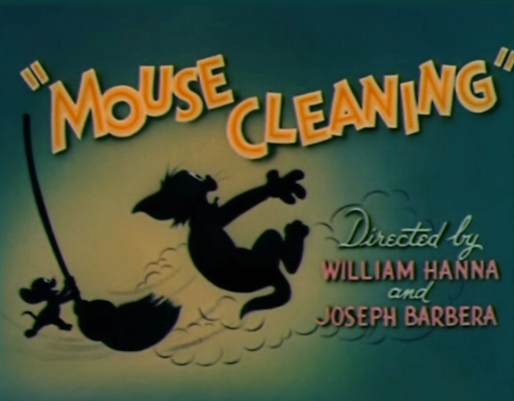 Four months later Mouse Cleaning was put out. This is the most well-known of the Four. It is a special Tom and Jerry for being an actual gag cartoon. As you probably know Bill and Joe (Joe mostly, as the funny guy) relied more on violence than gags, and for once that was different.

Mammy Two-Shoes tells Tom that he better not dirty up the house or he'll be thrown out. She goes to get groceries, so Jerry tries to make as big a mess as possible.

The cartoon is nonstop endless fun. It isn't as brilliant as Uncle Tom's Cabaña, but that never means that something isn't perfect entertainment if it isn't as IQ-heavy. It also is most known for having Irv Spence's most famous (and funny) piece of animation: 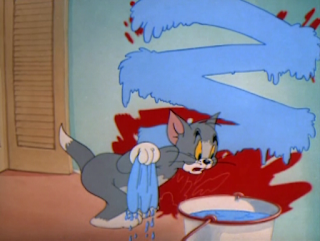 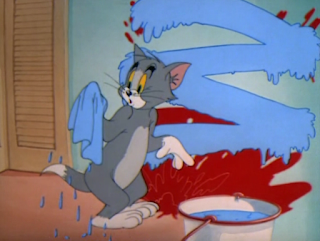 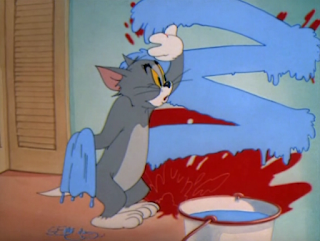 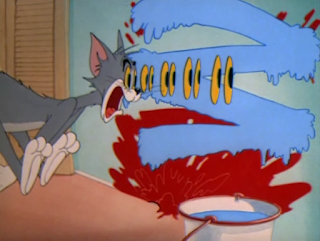 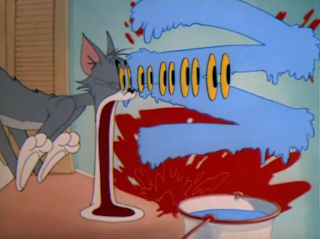 Notice how Irv was able to combine character animation (looking at everything with genuine expression) and screwball stylized Averyesque comedy (multiple eyes and foot-long jawdrops). Amazing.

This cartoon is very Tex is flavor. Not just as a gag cartoon, or because it has Wild Takes, but that it takes everything, over and over, to extremes, as topper gags. There are at first small problems, like this: 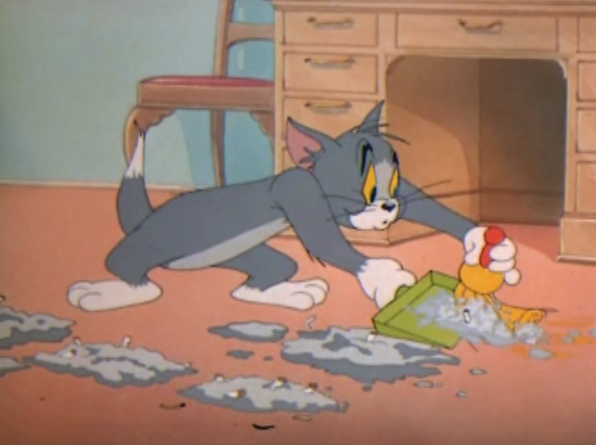 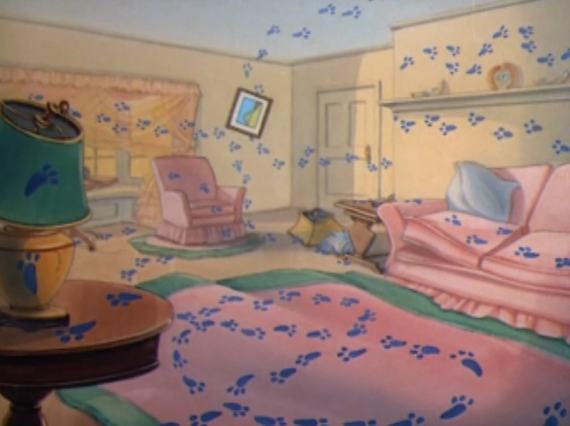 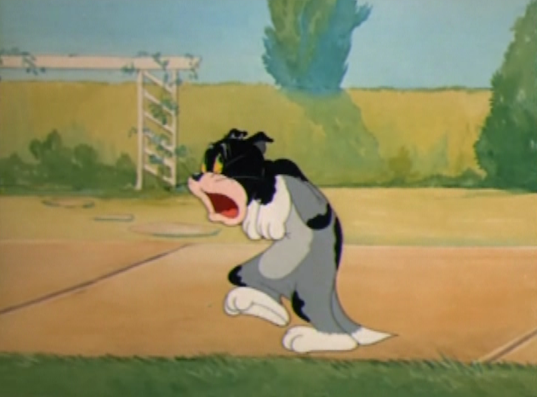 The reason it's censored in the ending, when Tom is in blackface. I won't say why (again, spoiler), but it shouldn't detract for this cartoon's classic status. 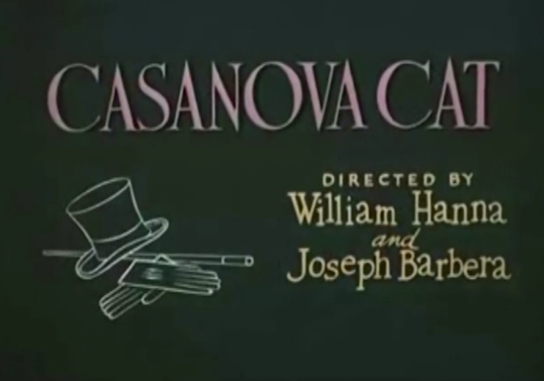 There is one truly genius part of the film: when Tom and Butch are chasing each other, they kiss Toodles in every romantic position possible. Eventually Jerry does, and as he runs off she looks at him with satisfaction. The music and sound are gone, and the drawing is frozen for a second (or less). There is Tom and Jerry at its best: character animation of the finest sort. And as far as I know it's the only time Tom and Jerry was subtle. 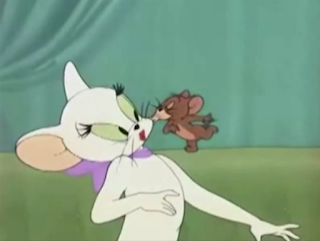 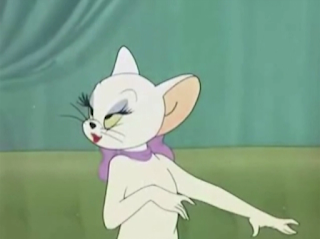 Again, the censorship is only for one scene, when Jerry gets cigar-smoked in the face, thus looking like Al Jolson at his fakest, and tap dances on a heated fancy plate for Toodles. 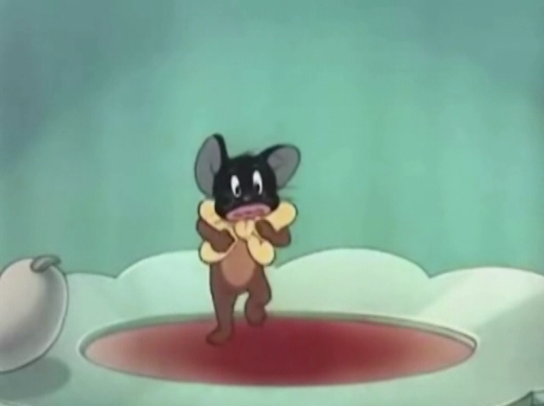 Now at the end, I want to ask why these last two Tom and Jerrys were "cancelled", because way worse cartoons are on DVD in this series. Take His Mouse Friday. This cartoon is a prolonged blackface joke with "native humor" pushed in for bad measure. The cartoon is slightly censored on Tom and Jerry Spotlight Collection: Volume 3, but is mostly intact in its unfunny form. Why Mouse Cleaning and Casanova Cat are banned are up for you and I to figure out. If blackface is the problem, there a million cartoons with those jokes on Tom and Jerry and Looney Tunes and Tex Avery DVDs. Whatever.

As of September 10th, 2022, there have been no plans to continue Tex Avery Screwball Classics, I guess because there's only, like five MGM cartoons of his not on DVD. I saw Casanova Cat on MeTV last year censored, so it can be done.

Now at the end, I hope you spread the love of cartoons, scars and all!