Great animator Mike Lah often spoke of one time at MGM where, during a cartoon, the boss Fred Quimby was so confused by a cartoon that he requested it be played over and over. This was first told to Leonard Maltin by him for Of Mice and Magic, but further detail was given in the 1988 documentary Tex Avery: The King of Cartoons (available on the DVD Tex Avery Screwball Classics: Volume 2). He says:

The competition got so that each department was trying to outdo the other, really studying the opposition...faster, faster. That was okay until (laughs)-until our, uh, viewing one of the Tom & Jerrys; [I have forgotten] which one it was. We were all enjoying it, laughing, reviewing it. But the biggest critic of all was the boss, Quimby. He stood there, and no emotion at all of any kind. Up to this time he adored...anything that was made. But when we all through enjoying this thing, he quietly got up on his feet, turned around and said, "I don't understand what's going on."

I had not paid much attention to the story until watching this documentary (the best I've ever watched on a carton personality, by the way), when I heard him say it was a Tom & Jerry cartoon. Then I decided to research what the cartoon could possibly be.

Firstly I went and watched the animation reel for Mike to quickly see what he did in the Tom & Jerry series (he's more associated with the Tex Avery unit, where he blossomed as a great artist), and started to think that one certain cartoon was the one. I went and watched it, and it confirmed my suspicions.

I believe the short to be: 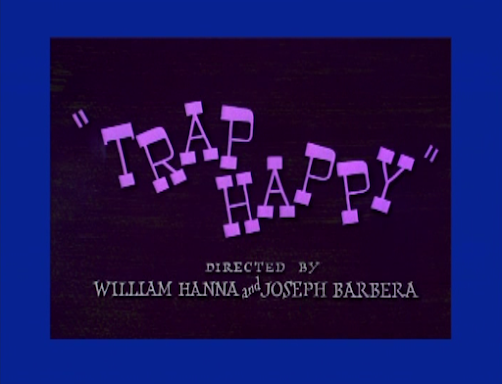 Yep. The classic Trap Happy, released in 1946 and available on the Tom & Jerry Spotlight Collection: Volume 2.

The reason I think it's the one Fred was confused with is because it is one of, if not the, first Tom & Jerry films where there is absolutely no motivation behind the violence. Chuck Jones loved to bring up George Santayana's quote on fanatics when talking about his Road Runners, about them being those who chase after something not even caring about why, but in some ways Tom & Jerry represent that at a more intense level. There are way more references to Wile E. Coyote wanting to eat the Road Runner than there are Tom wanting to eat Jerry.

The cartoon just begins with Tom chasing Jerry, trying just about everything to kill him, including dynamite and coal shovels.

When that fails, he calls Ajax Mouse Exterminators ("ONE CALL.... ....THAT'S ALL"), ran by good old Butch, in his second appearance. (Ajax is the company that Friz Freleng usually has in his Tweety cartoons. It appears both they and Acme love to give out shoddy appliances and-in this case-workers to desperate anthropomorphic killers.) 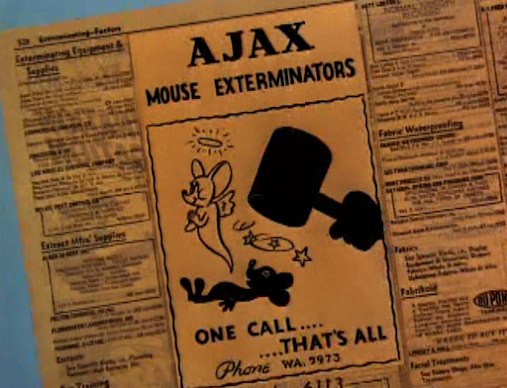 By the time he shows up it's essentially more Let's Kill-Jerry with another cat, meaning twice the stupidity and ineptness that is normally resorted to Tom. Therefore, there are a few things that don't work on Jerry:
Nuts painted like cheese: 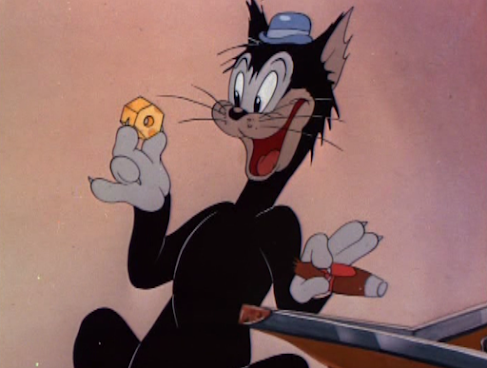 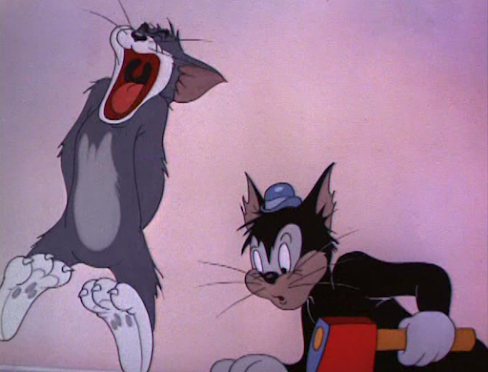 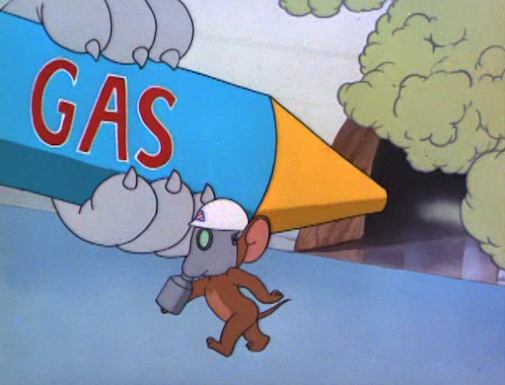 Among other things.
Mike's scene is the part when Tom and Butch juggle a bomb and hand it to each other before it'll blow up. Mike animated in a pose-to-pose manner, where each of his drawings was some funny position that was frozen for a long period of time. He basically predicted Chuck Jones in The Dover Boys a few years beforehand. 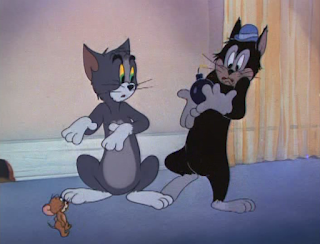 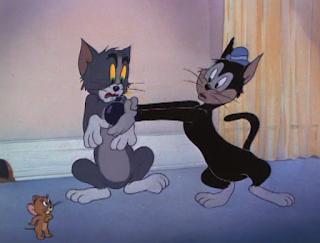 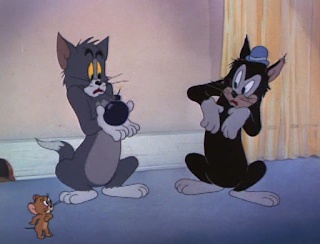 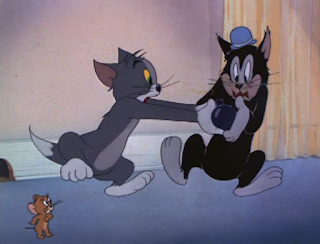 I also love how he draws the characters in a kind of squatty way. I've always had a thing for that type of cartoon character design (which is why Jones' early Bugs Bunnys have always been fun for me). 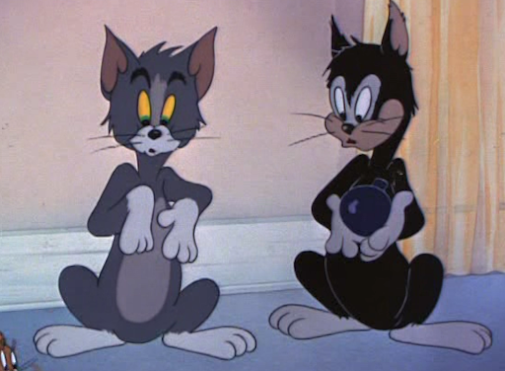 Basically, this short is more mindless than any other Tom & Jerry. It's really hard to explain its contents, or how it is different than the others before and after (because you're probably sitting there thinking this sounds like almost any other Bill and Joe picture). It would be much more rewarding if you go watch it, if you haven't seen it or don't remember it well.
I'm very happy to say I've probably solved a long-standing cartoon mystery, and I wish Mike were still here to appreciate it.